The horrors of the First World War resulted in an outpouring of poetry. In their writings, soldier-poets including Wilfred Owen and Siegfried Sassoon, describe the harrowing realities of war, from scenes of dismembered comrades to their subsequent psychological trauma. Surrounded by brutality, many poets filled their work with nostalgia for the people and places back home. While many of the poems listed in war poetry anthologies are written by male combatants, it’s estimated that a quarter of the poems published during the war were written by women. Poets such as Charlotte Mew emphasised the suffering of wives and mothers in Britain, while the writings of women including Mary Borden, describe life as a worker on the Home Front. In the Armistice centenary year, this blog post highlights some of the war poets who produced work during, or in response to, the conflict.

One of Britain’s greatest war poets, Wilfred Owen’s writings convey the physical and psychological trauma of life on the front line. Shortly after arriving at the Somme in 1917, Owen was caught in a shell blast, and landed in a crater next to the dismembered corpse of an officer. Suffering from shell shock, he was sent back to England, and was relocated to Craiglockhart War Hospital in Edinburgh. While at Craiglockhart, Owen met the esteemed poet, Siegfried Sassoon, and they soon became firm friends.

Sassoon along with Owen’s doctor Arthur Brock, encouraged him to write about his wartime experiences. During this time, Owen produced some of his most acclaimed works, including ‘Dulce et Decorum Est’ and ‘Anthem for Doomed Youth’. Hard-hitting and harrowing, ‘Dulce et Decorum Est’ describes the graphic death of a soldier caught in a gas attack. Filled with violent and visceral imagery, the poem provides a powerful insight into the realities of war. This is highlighted in the final stanza:

If in some smothering dreams you too could pace
Behind the wagon that we flung him in,
And watch the white eyes writhing in his face,
His hanging face, like a devil’s sick of sin;
If you could hear, at every jolt, the blood
Come gargling from the froth-corrupted lungs,
Obscene as cancer, bitter as the cud
Of vile, incurable sores on innocent tongues –
My friend, you would not tell with such high zest
To children ardent for some desperate glory,
The old Lie: Dulce et decorum est
Pro patria mori

In September 1918, Owen returned to France. On 4th November 1918, a week before the Armistice, Owen was killed while leading his men across the Sambre and Oise Canal.

Despite giving birth to her third child just weeks before, Mary Borden arrived in Belgium in January 1915, to serve as a Red Cross volunteer. With no previous nursing experience and limited French proficiency, Borden was determined to support the war effort. Unimpressed by the running and organisation of the military hospital, in July 1915, she set up her own, with the permission of the French army. Undeterred by danger, Borden located her hospital next to the front line. In the first six weeks alone, it had treated 25,000 soldiers. Her hospital soon achieved the lowest mortality rates on the Western Front.

While at the hospital, Borden wrote a number of poems, including ‘At the Somme’. Structured in three parts, this poem charts her experiences at war. In the second section: ‘The Song of the Mud’ , she uses mud as a metaphor for death, and the all-consuming horrors of war. This is emphasised in the following extract:

This is the song of the mud, the obscene, the filthy, the putrid,
The vast liquid grave of our Armies-
It has drowned our men-
Its monstrous distended belly reeks with the undigested dead –
Our men have gone down into it, sinking slowly, and struggling and slowly disappearing.

During this time, Borden began to write her celebrated work The Forbidden Zone. Published in 1929 due to concerns over military censorship, the book contains stories and poems about her front line experiences. As a result of her heroic work, Borden was awarded the Croix de guerre for gallantry in war, and was made a member of the Légion d’honneur, the highest French order of merit. 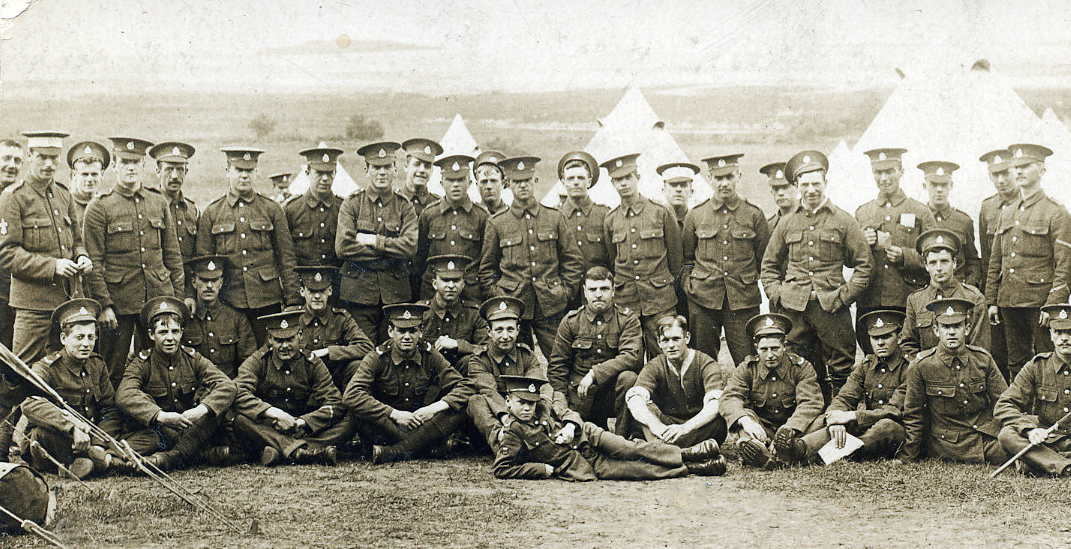 Renowned for his passionate poems on the futility of war, Siegfried Sassoon was one of the most prolific writers of the 20th century. He was also known for his bravery on the battlefield: in May 1916, he was awarded the Military Cross for saving an injured comrade under heavy fire. A few months later, he was recommended for the Victoria Cross, after single-handedly capturing a German trench.

But Sassoon soon became disillusioned with war. His anger towards the conflict steadily increased: he published a public condemnation of the war in The Times, and attempted suicide on the battlefield. Sassoon was declared unfit for duty, and was referred to Craiglockhart War Hospital, where he met the poet Wilfred Owen.

Filled with frustration, Sassoon’s poetry documents the brutality of trench warfare. Sassoon’s poem, ‘The Rear-Guard’, captures the moment a disorientated soldier discovers a body in the trenches. The soldier’s description of his fallen comrade, while dehumanising and harrowing, highlights how he has become desensitised to the war’s horrors. The poem’s middle stanzas emphasise this:

Tripping, he grabbed the wall; saw someone lie
Humped at his feet, half-hidden by a rug,
And stooped to give the sleeper’s arm a tug.
‘I’m looking for headquarters.’ No reply.
‘God blast your neck! (For days he’d had no sleep,)
‘Get up and guide me through this stinking place.’

Savage, he kicked a soft, unanswering heap,
And flashed his beam across the livid face
Terribly glaring up, whose eyes yet wore
Agony dying hard ten days before;
And fists of fingers clutched a blackening wound.

The graphic descriptions of the body, from the ‘livid face / Terribly glaring up’ to the ‘fists of fingers’ illustrate the soldier’s agony in death. In 1918, Sassoon returned to the front line. A few months later, he received a gunshot wound, and was sent to England. He never returned to war.

A talented scholar, curator and author, Laurence Binyon wrote one of the most famous poems of the First World War. Written a month after the outbreak of war, when Binyon was still a civilian, his work ‘For the Fallen’ commemorates the men who sacrificed their lives for England. Filled with maternal imagery, its opening stanza is imbued with gravitas:

With proud thanksgiving, a mother for her children,
England mourns for her dead across the sea.
Flesh of her flesh they were, spirit of her spirit,
Fallen in the cause of the free.

The poem’s fourth stanza, recited in Remembrance ceremonies across the world, describes how the fallen will live eternally in our collective consciousness:

They shall not grow old, as we that are left grow old:
Age shall not weary them, nor the years condemn.
At the going down of the sun, and in the morning
We will remember them.

Despite being too old to enlist, Binyon was determined to help the war effort. In 1915, aged 46, he volunteered at a military hospital on the front line. Today best remembered for his affecting poem, Binyon was one of the era’s leading arts figures: he was Keeper of Prints and Drawings at the British Museum, wrote more than twelve volumes of poetry, and translated Dante’s The Divine Comedy. 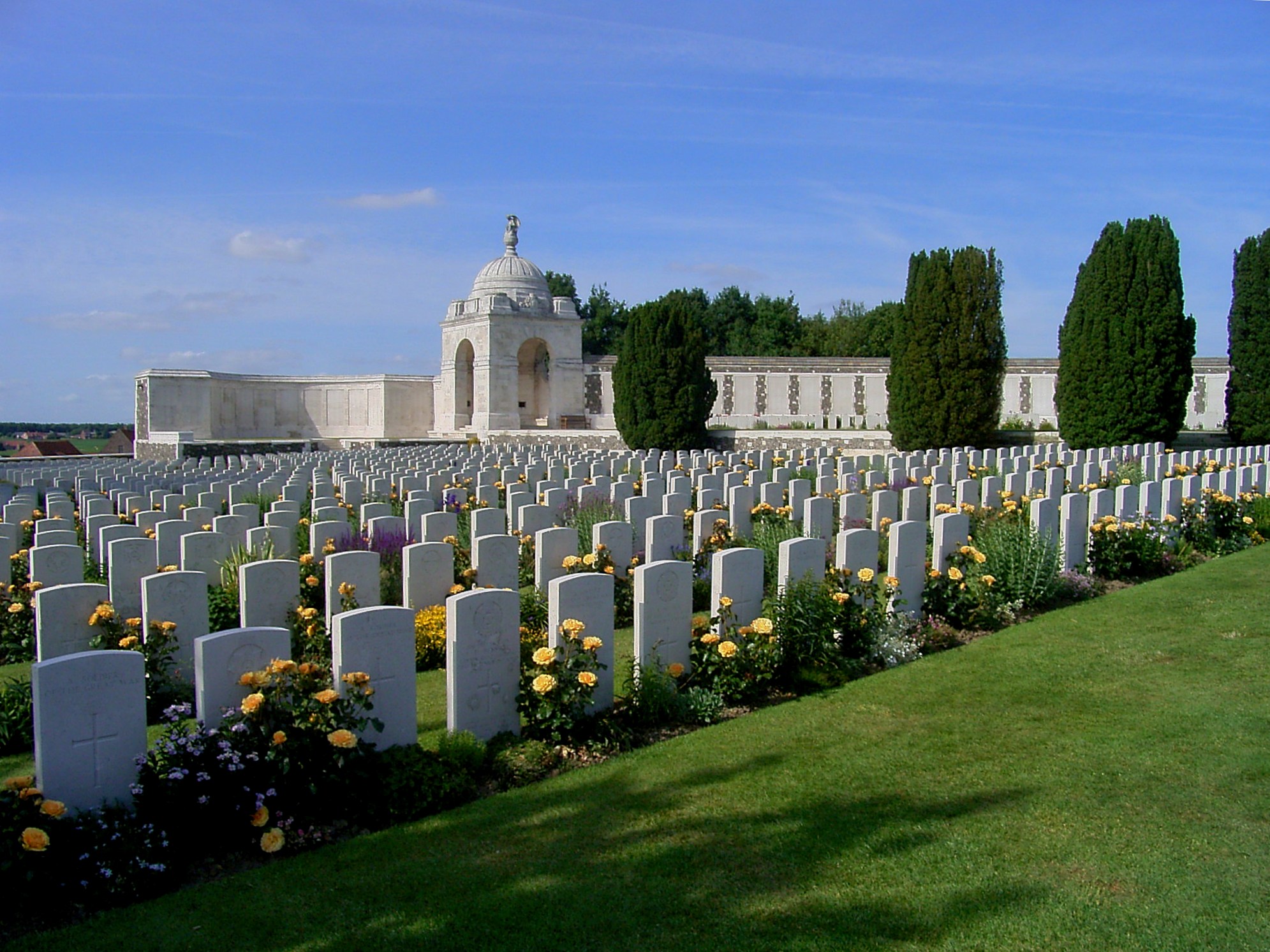 Overlooked during his lifetime, the composer and poet, Ivor Gurney is now recognised as one of the era’s most influential creatives. A student at the Royal College of Music, Gurney was keen to support the war effort, but was turned down because of poor eyesight. A year later, Gurney successfully enlisted as a private, and arrived in France in May 1916.

Far away from the landscapes of Gloucestershire, and surrounded by the atrocities of conflict, Gurney’s poetry captures the emotional hardships of war. His poem ‘To His Love’ was written after the death of his best friend. Consumed by loss, Gurney maps his grief onto the Cotswolds’ scenery. The extract below emphasises this:

He’s gone, and all our plans
Are useless indeed.
We’ll walk no more on Cotswold
Where the sheep feed
Quietly and take no heed.

His body that was so quick
Is not as you
Knew it, on Severn river
Under the blue
Driving our small boat through.

Following a gas attack in 1917, Gurney was removed from active service, and sent back to England. Throughout his life, Gurney had battled with mental illness, but in the years after the war, his mental health rapidly deteriorated. He attempted to continue his studies at the Royal College of Music, but this proved unsuccessful. His behaviour became increasingly erratic and suicidal, and in 1922, he was institutionalised at Barnwood House in Gloucester. Gurney spent the rest of his life in psychiatric hospitals, until his death in 1937.