350 years ago on the 2nd September 1666, the Great Fire of London began, causing significant destruction throughout the city. Over 100,000 people lost their homes and 436 acres of city were destroyed before the fire was extinguished on the 6th September 1666. But how did the fire start, and what do literary works have to say about this disaster? 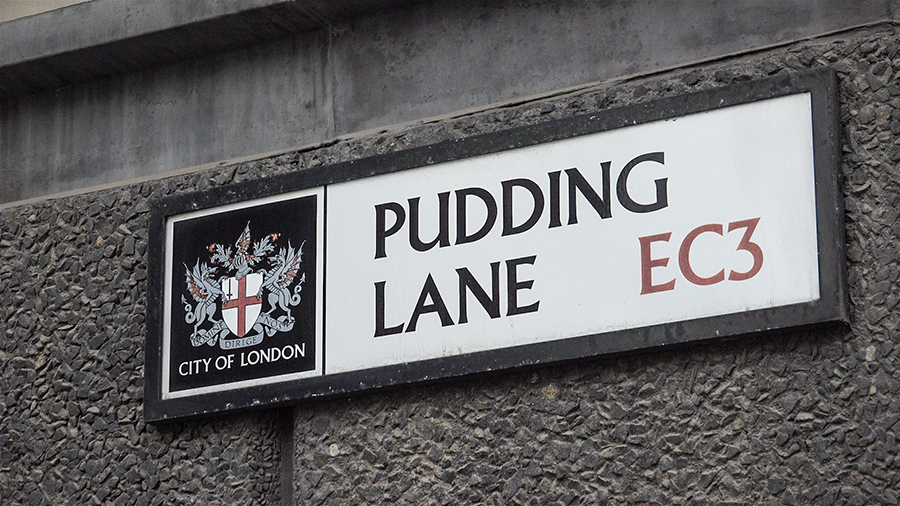 The fire started in Pudding Lane, at the bakery of Thomas Farriner, King Charles II’s baker. With the overcrowded streets and a lack of rain for several weeks, the fire spread rapidly. There were many theories surrounding the start of the fire. In 1651, ten years before the fire started, William Lilly predicted the Great Fire of London in his book, Monarchy or no Monarchy in England. Many thought the fire was a punishment from God for the sins of Londoners, some thought the fire was a Catholic plot to destroy Protestant London. There were even rumours that the fire was started by French and Dutch attackers, the countries with which England was at war.

Within a few hours, the wind had spread the blaze to the River Thames, engulfing parts of London Bridge in flames. Samuel Pepys describes the scene in his Diary, which remains one of the most comprehensive eyewitness accounts of the fire. Samuel Pepys was responsible for the administration of the navy for the English government, and was 33 when the fire occurred. Pepys describes in detail how the fire consumed London, a year after it was ravaged by the plague:

“The churches, houses and all on fire and flaming at once, and a horrid noise the flames made”

His diary emphasises the terror of the London citizens as they fled the fire, describing the type of material possessions they carried away in carts and boats upon the Thames. He mentions how one in every three boats had viriginals (a keyboard musical instrument) in them, giving an insight into the leisure activities of the more affluent:

“River full of […] boats taking in goods, and good goods swimming in the water; and only, I observed that hardly one lighter or boat in three that had goods of a house in, but there was a pair of virginalls in it”

When Pepys is forced to flee his own home, the material possessions he chooses to save are more unusual, burying his wine and parmesan cheese in his garden to save them from the flames! Despite his descriptions of the fire, it is surprising how much of Pepys’ account is devoted to descriptions of feasting and affluent pursuits, even lamenting that because of the fire he had to eat mutton without a napkin.

The actions taken by King Charles II to stop the fire spreading are also recorded in Pepys’s diary, which included pulling down and blowing up houses with gunpowder. After burning for five days, the Great Fire of London was finally extinguished on the 6th September. However, whilst only ten deaths are recorded from the fire, London needed extensive re-building with over 13,000 houses and 87 churches destroyed. 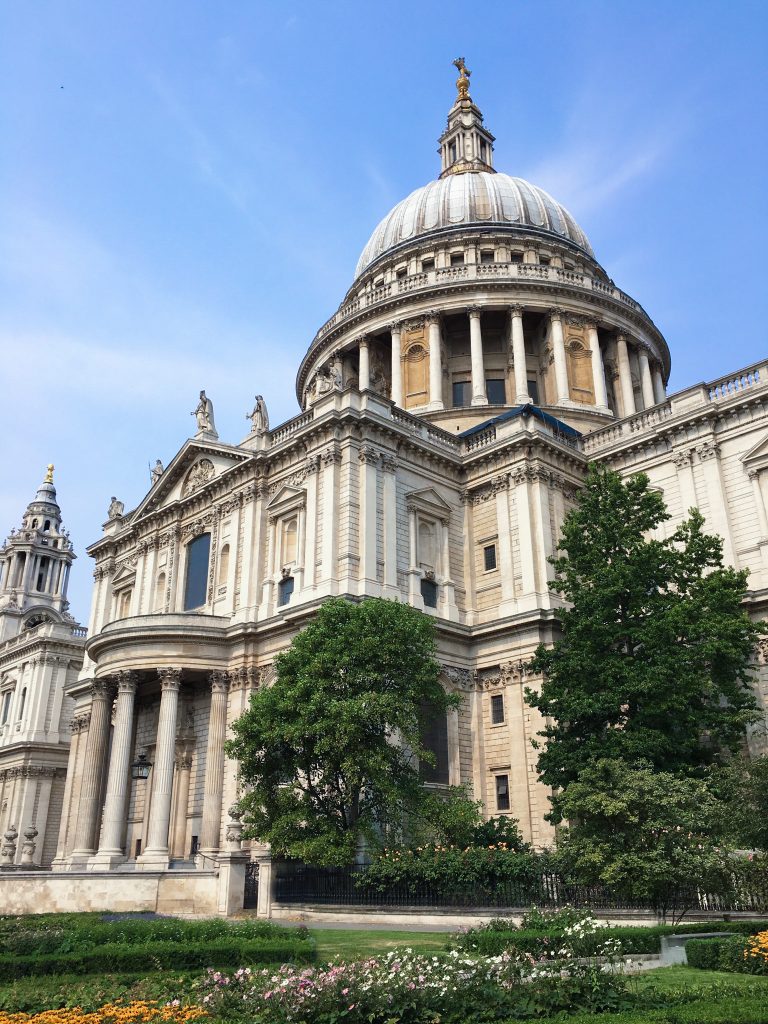 St Paul’s Cathedral was completely destroyed by the flames.  The diarist John Evelyn stated that “the stones of St Paul’s flew like grenades”. In 1675 Sir Christopher Wren was given the task of re-building St Paul’s into the cathedral we know today, a task which was finished in 1711. 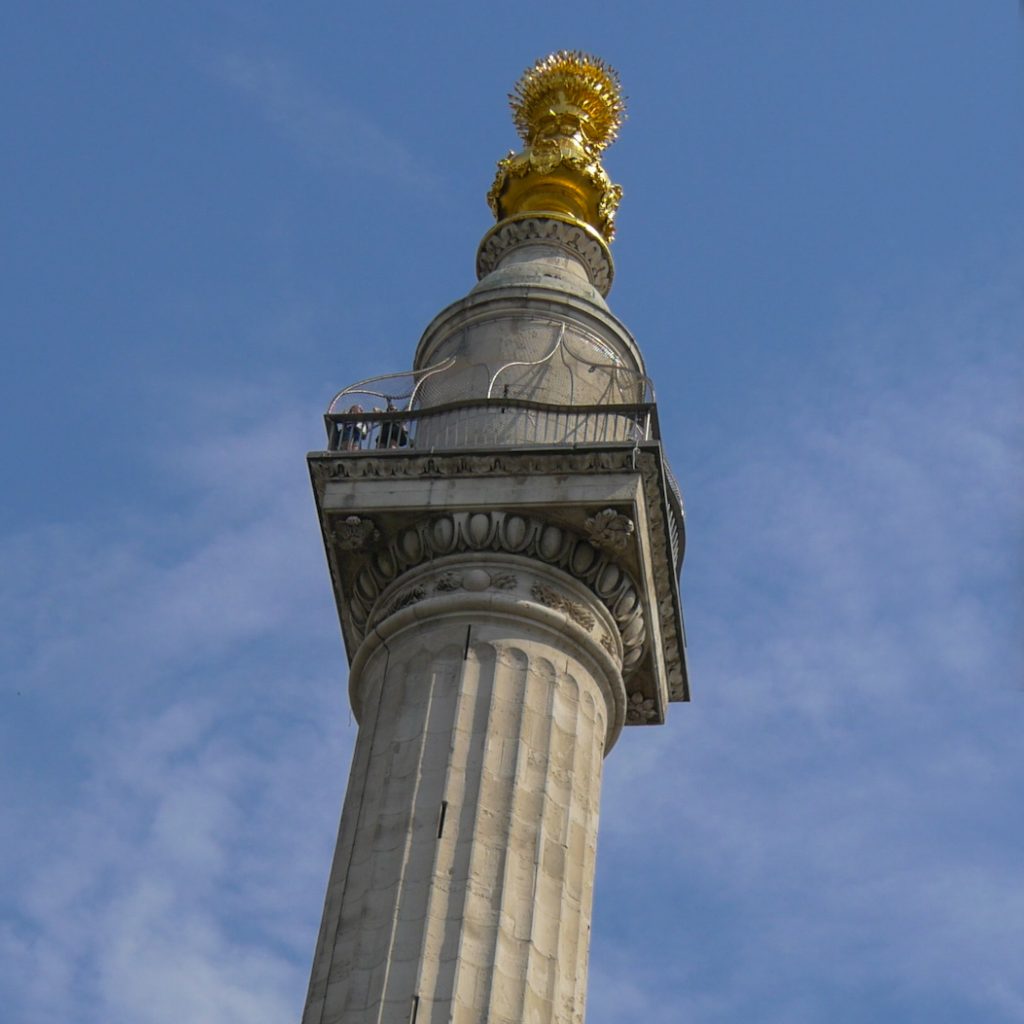 Sir Christopher Wren was responsible for much of London’s re-building, constructing the Monument to mark the place near where the fire began. Completed in 1677, the Monument has 311 steps, leading to a viewing platform offering panoramic views of London, highlighting the scale of the area destroyed by the fire. Whilst the fire caused sheer destruction, 350 years later, it is still remembered as a significant part of London’s history.